Palacio Cueto is a genuine architectural treasure, reminiscent of the buildings designed by Antoni Gaudí, Lluís Domènech i Montaner or Josep Puig i Cadafalch in Barcelona, Spain.

History of the Palacio Cueto Hotel
The building was once a warehouse and hat factory until the 1920s, when it was leased by José Cueto, to whom it owes its name, and converted into the Palacio Viena Hotel. Palacio Cueto boasts an ornate stone façade and elegant galleries that connect the first two floors. Balconies shaped in waves may pay tribute to the work of Gaudí, who always aimed to bring the surrounding nature into his works.

It is a very unique building that reflects the expressionist style of the early twentieth century and is officially classified as modern. According to architectural experts, Marqués may have been inspired by emerging European trends.

Palacio Cueto is a landmark thanks to the ornateness of the sculpted stone and the elaborate decoration of its façade and playful musclebound male figures that frame the main entrance instead of columns, just like female caryatids.

Located on the corner of Inquisitor and Muralla streets in the Plaza Vieja, the colonial heart of the capital city. 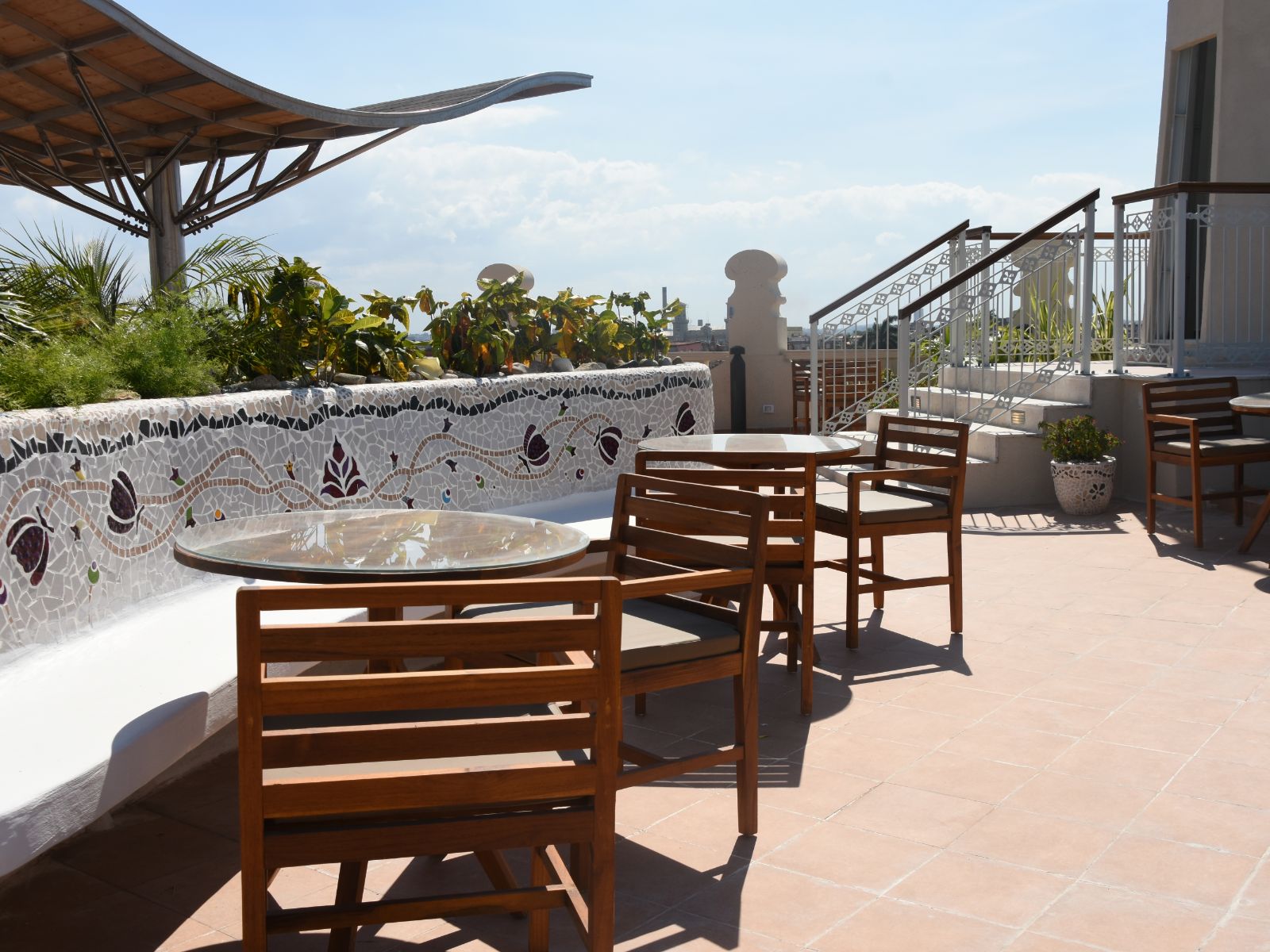 Enjoy personalised and preferential service from the moment you arrive.