Ernest Hemingway had many reasons when he said that the Hotel Ambos Mundos is a good place for writing. It was here that he finished his book “Death in the Afternoon” (1932), and started his novels “New Green Hills of Africa” (1935) and “To have and have not” (1937). The room No. 511, where the Nobel Prize in Literature stayed during the thirties of the past century, is nowadays a small museum treasuring several of his belongings.

Hemingway’s memory remains in this hotel also by the offers clients receive of the North American writer’s favorite dishes, prepared in the Plaza de Armas restaurant. On the other hand, the Roof Garden, located at the top of the building, offers its exquisite grill, and there the visitor can enjoy one of the best views of the city’s Historic Center.

Ambos Mundos is not only one of the best stopovers of the Centro Histórico, but also a place preferred by many, who come to the spacious lobby to feel the pulse of the busy life of this ancient part of the city. Art exhibitions and the occasional presence of jazz- bands and other musical groups playing at the piano bar, enhance the cultural life of the hotel, which also has the Del Monte Hall, able to hold up to 120 guests. The latter, which has also become an art gallery, is a convenient site for performing conferences, events, ceremonies like the signature of commercial agreements, products launching, receptions and banquets. 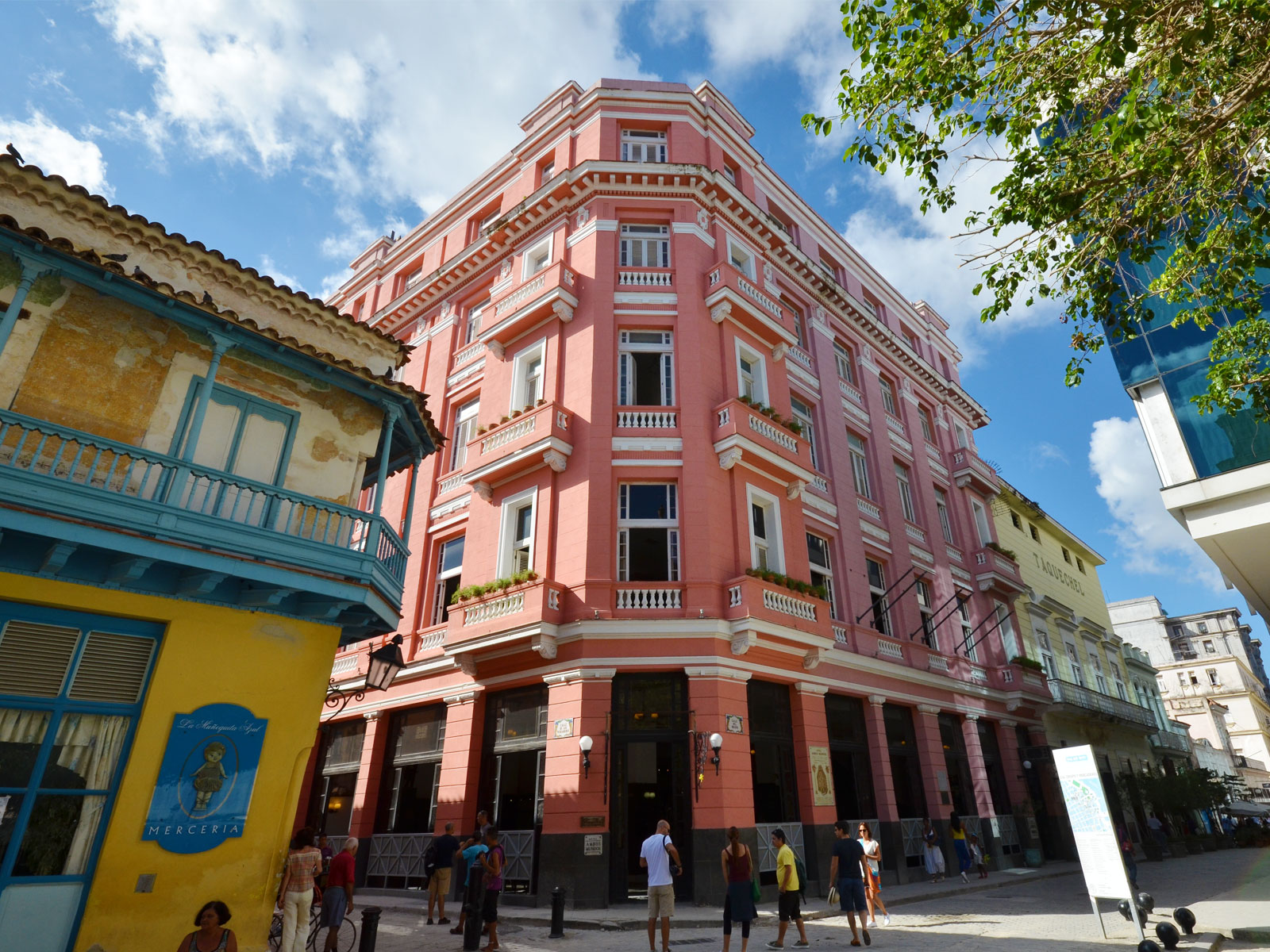 Located in old Havana. With one of the best views of the Historical Centre of the city. Ambos Mundos Hotel is the perfect place to write and enjoy cultural activities. The room of the renowned Ernest Hemingway is a small museum that you can visit. 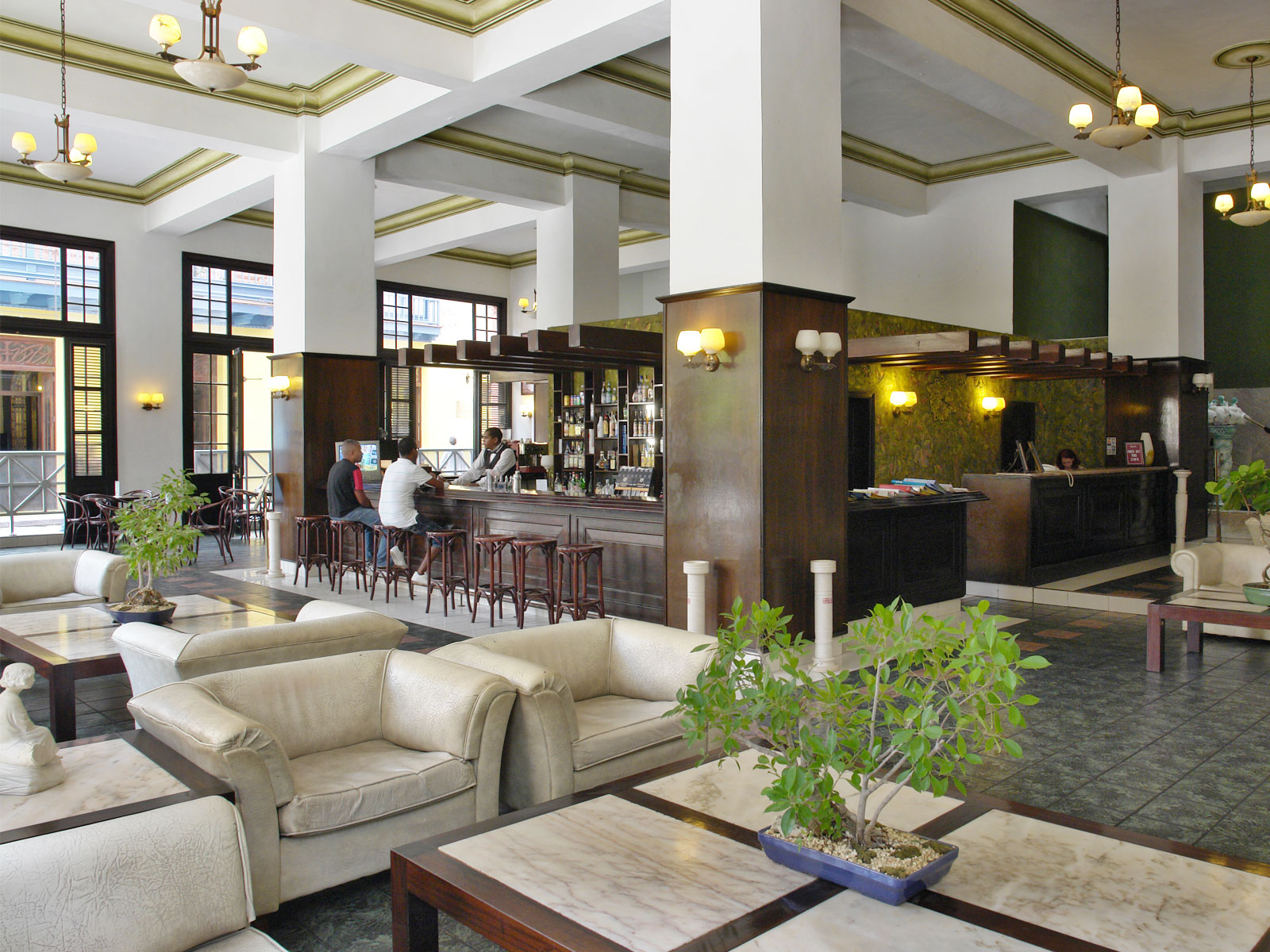 Take advantage of all the services available during your stay.